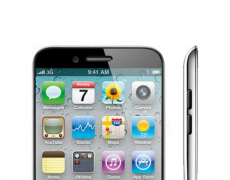 So, the release date of iPhone 5 was (accidentaly?) confirmed by Al Gore, a member of the Board of Directors of Apple. There were many rumors all accros the web on what we can expect from it so we decided to pick five most interesting rumors on iPhone 5. Let’s see what the new iPhone […]

There were rumors that Apple will release two iPhone’s this fall; the mighty iPhone 5 and slightly cheaper device called iPhone 4S. Those rumors were not confirmed, but as Engadget claims, AT&T’s internal system has a listing of one such device. Too bad there is no screenshot of the page 2 of the listing so […]