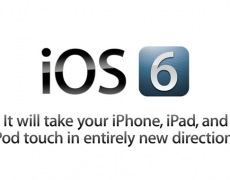 Last week Apple announced iOS 6, a major update to its mobile platform. The announcement took place during WWDC where Apple also introduced the all-new MacBook with Retina display. Since we’re more iOS-focused, let’s take a look at what’s new with that. Siri gets some fresh intelligence Siri was a quite revolutionary feature which came […]