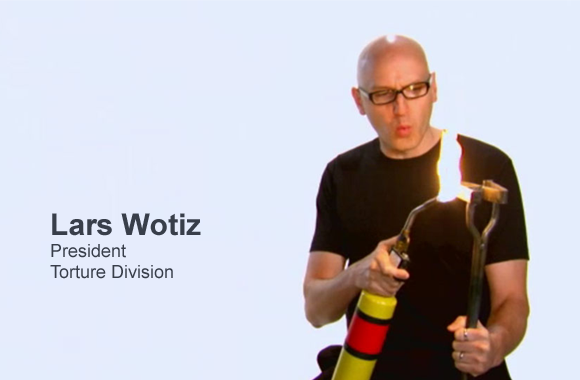 Well, almost. It’s Friday today so we’re taking it easy. Once again, Apple has lost its prototype of the upcoming iPhone. iPhone 4 got stolen and iPhone 5 got stolen too. Coincidence? Doesn’t matter. The situation is pretty funny, and when professional comedians get involved, it gets to a whole new level.

In a recent episode of Conan, the host, Conan O’Brien said that Apple made a commercial for getting the lost iPhone 5 prototype back. As you can see in the title image, there is some torture being mentioned.

Well, we won’t spoil the video for you, but if you’re the one with a stolen iPhone 5 prototype, we strongly suggest you give it back.