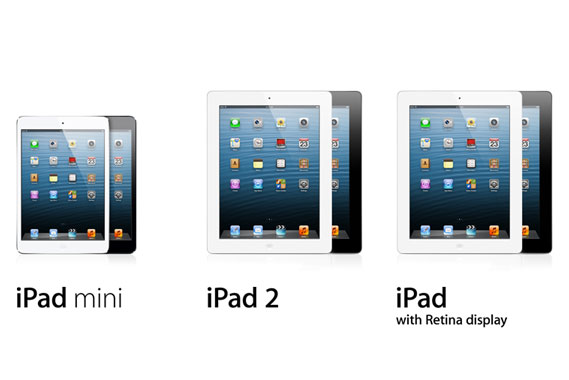 It seems that Apple isn’t such a minimalistic company anymore – before we had only one or two models of a product and it was pretty much satisfying. However, the market is changed now and Apple had no other choice but to adapt and give us a slightly larger variety of choices.

This also complicates our decision making process, especially if you take into consideration that iPad with Retina (the new iPad or the iPad 3) was in the market for less than a year, eight months only, before it was replaced by the new new iPad – the iPad 4 (also with the Retina display, but with better hardware) and on the same day, Apple featured the iPad mini.

What do we have?

Currently, Apple supports only three of their iPad models: the iPad 2, iPad 4 (Retina) and the iPad Mini. All of them can be ordered as a Wi-Fi only and Wi-Fi + 3G for your mobile data needs. Let’s talk a bit about all of them.

First comes the iPad Mini. It’s the cheapest option, starting at $329 it might be a perfect choice if you can settle with a smaller, 7.9-inch screen and 1024*768 resolution. Don’t let the size fool you – you’ll still be able to use all the apps from the AppStore, surf the web, read your email and many more things as you would do on a larger iPad. And it’s packed with the dual-core A5 processor, the same one as the iPad 2 has.

Speaking of the iPad 2, it’s currently the oldest iPad model Apple is currently offering. It starts at $399 and has a 9.7-inch screen with the same resolution as the iPad Mini – 1024*768. It’s also the only models which is using the old 30-pin connector (opposed to the Lightning connector with the iPad Mini and the iPad Retina).

The iPad with Retina display is something special. With a starting price of 500 dollars, it surely can’t be compared with a 100 dollars cheaper iPad 2 or even 170 dollars cheaper iPad Mini. This greater price brings some good things – the Retina display itself might be a reason to get this model (2048*1536 pixels is more than some desktop monitors have) and the A6 dual-core processor with quad-core graphics will make sure all current and future apps run smoothly on your Retina iPad. 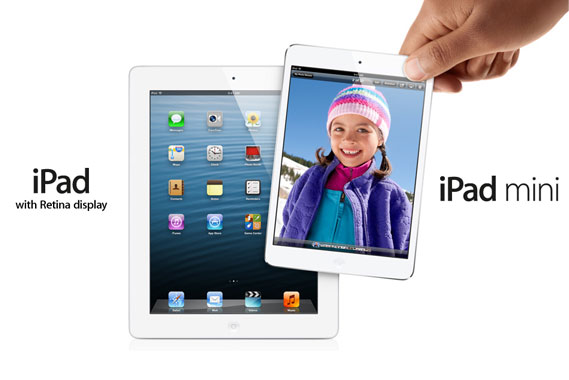 Everything else is pretty much the same as with the iPad Mini – take care if you’re buying a 3G model – the Mini uses a nano SIM while iPad Retina uses micro SIM cards.

Although Apple has three iPad models, now you see that the decision lies in between the iPad Mini and the iPad Retina models. the iPad 2 is great, but it offers nothing except a few inches in the screen diagonal. If you’re a novice and you’re getting your first iPad and want to stay in budget, consider getting the iPad Mini. In any other case, save up those 100 dollars and get the Retina iPad. Your eyes will be thankful and you won’t regret it.