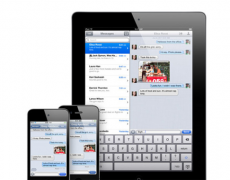 Last night was probably one of the busiest night on the Web as Apple released its iOS 5 system to the public. Some authors claim that this update almost crashed the Internet itself, as many Internet service providers weren’t prepared for such a surge of the traffic. Well, let’s see what’s new with iOS 5. The Notification Center is probably one […]